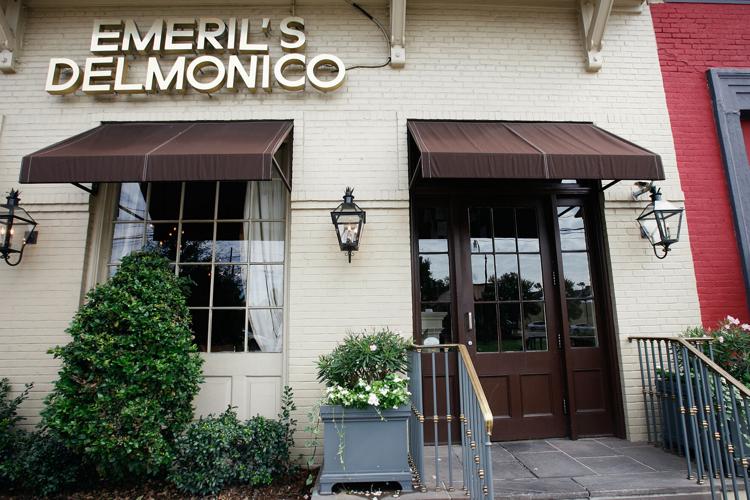 When chef Emeril Lagasse opened his third New Orleans restaurant back in the 1990s, it marked the return of a long-running local restaurant name and a modern take on grand Creole dining. Now though, Emeril’s Delmonico has reached the end of the line.

The prominent St. Charles Avenue restaurant has been shuttered since March 2020, when restaurants were first ordered closed in the pandemic.

Lagasse now confirms that he will not reopen it. He intends to put the historic property up for sale. Lagasse also indicated that new restaurant projects in New Orleans are taking shape, though details remain scant.

“The past two years, while challenging, have been an opportunity to evaluate and assess all of our brands and where our talent and energy is best channeled to bring the experience we expect for our customers,” Lagasse said in a statement.

“I am forever grateful for the culture and community of New Orleans that embraced Delmonico and made it a part of their lives.”

Lagasse said his company's main focus is "our commitment to our team and the restaurants that are currently open."

The chef has been reopening his restaurants around the country one at a time. The first in New Orleans was Meril in the Warehouse District, which reopened in the summer of 2020.

His original restaurant, Emeril’s, which dates to 1990, reopened last fall after a major revamp to its culinary approach, bringing a more upscale and refined menu.

Lagasse said his French Quarter restaurant NOLA on St. Louis Street will be the next to return. It too has been closed since March 2020. A specific timeline hasn’t yet been confirmed for its reopening.

Lagasse hinted about new local projects in the works, though without providing further details.

“I am also looking forward to announcing future developments in downtown New Orleans," he said.

The chef operates the similarly-named Delmonico Steakhouse in Las Vegas, inside the Venetian Las Vegas, and this restaurant remains open.

The pandemic has brought vexing questions and hard appraisals of the future for many in the hospitality industry. New Orleans has seen both famous names and neighborhood standbys close for good.

The French Quarter landmark K-Paul’s Louisiana Kitchen, founded by the late Paul Prudhomme, announced in the summer of 2020 that it would not reopen, while Upperline owner JoAnn Clevenger made the same decision last fall.

Delmonico is in a townhouse at the corner of St. Charles Avenue and Erato Street that had a long history as a restaurant before Lagasse entered the picture.

It was founded in 1895 by Anthony Commander, who had worked at the famed New York Delmonico's, and opened an independent New Orleans branch with the blessings of the New York family, according to a history of the restaurant from Gambit. (Anthony Commander’s brother Emile was founder and namesake of Commander’s Palace, which first opened in the Garden District in the same era).

The LaFranca family took over Delmonico in 1911 and ran it through several generations and most of the 20th century.

They family owners sold it to Lagasse in 1997 and retired from the business.

It opened the following year after an inside-out renovation, and under the name Delmonico Restaurant & Bar (later renamed Emeril’s Delmonico).

It was out to update grand Creole dining for modern styles and tastes. In a 1998 interview with The Time-Picayune, Lagasse called it "classic New Orleans Creole reinvented for the contemporary palate."

It also came with all the trappings of luxury dining.

This was a departure from the chef’s earlier restaurants Emeril’s and NOLA, which, while upscale, opened with more casual, industrial-chic design styles.

Emeril’s Delmonico was carefully composed and finished with velvet and marble, wood paneling on the walls, leather chairs around the tables and Venetian chandeliers overhead.

It opened with a menu of recast classic dishes, like oysters en brochette, crawfish vol-au-vent, beef Wellington, crabmeat imperial and chicken Delmonico, served for two and finished tableside with truffles. Some dishes were tributes to the old Delmonico restaurant, like the apple pie and crabmeat-stuffed shrimp.

The menu would change over time as different chefs de cuisine took the top kitchen job. But it retained its gilded, Old World style, which played out from its bar and main dining room through a series of private dining rooms over two floors.